Last week me and Julius were talking of Bliaron, NR’s fantasy RPG released in Finnish language back in 2011. We were going through some development decisions, game reviews, player experiences and ended up realising that we had created tons of material that simply isn’t used at all. More importantly, we created a world with insane amounts of unique creative content, but we didn’t really do that good of a job in making all that content accessible. We had strived for a game that’s easy and accessible, but admittedly, 200 pages of Bliaron core book can hardly be labelled “easy” or “beginner friendly”. The world had tons of story hooks that we had planned, and we had deliberately left them open for game masters to use how they wanted, but the openness had resulted in blandness and we realised that many of the story hooks were actually invisible for an average user.

Still, being there, free to download, Creative Commons -licensed, and full of creative material, we feel obligated to push this game forward. We really want to reach the status of easy, accessible and beginner friendly RPG. Question remained – how are we going to do this?

At some point, like pokemon, a simple, but clever idea appeared. How about we created an interactive Traveller’s Guide to Bliaron, a map that presents the world, but where all of the original ideas would be developed further into mature story hooks. As a media type, interactive map is really not a novel idea, but isn’t that familiarity to public more of an advantage than a flaw? So, we got quickly really exited, and in less than a week we had a developer sketch online. At the time of writing, we’ve had our own team working hard, and got some few individuals, including of course some friends and family, involved in proofreading and getting feedback from people who aren’t as familiar with Bliaron lore as we are.

Below I’ll share some developer screenshots of the map. Simple, yet seems quite effective. Note to visual-savvy readers, the icons and colours are still placeholders as we are waiting for our graphic artists to create something.. well.. better. 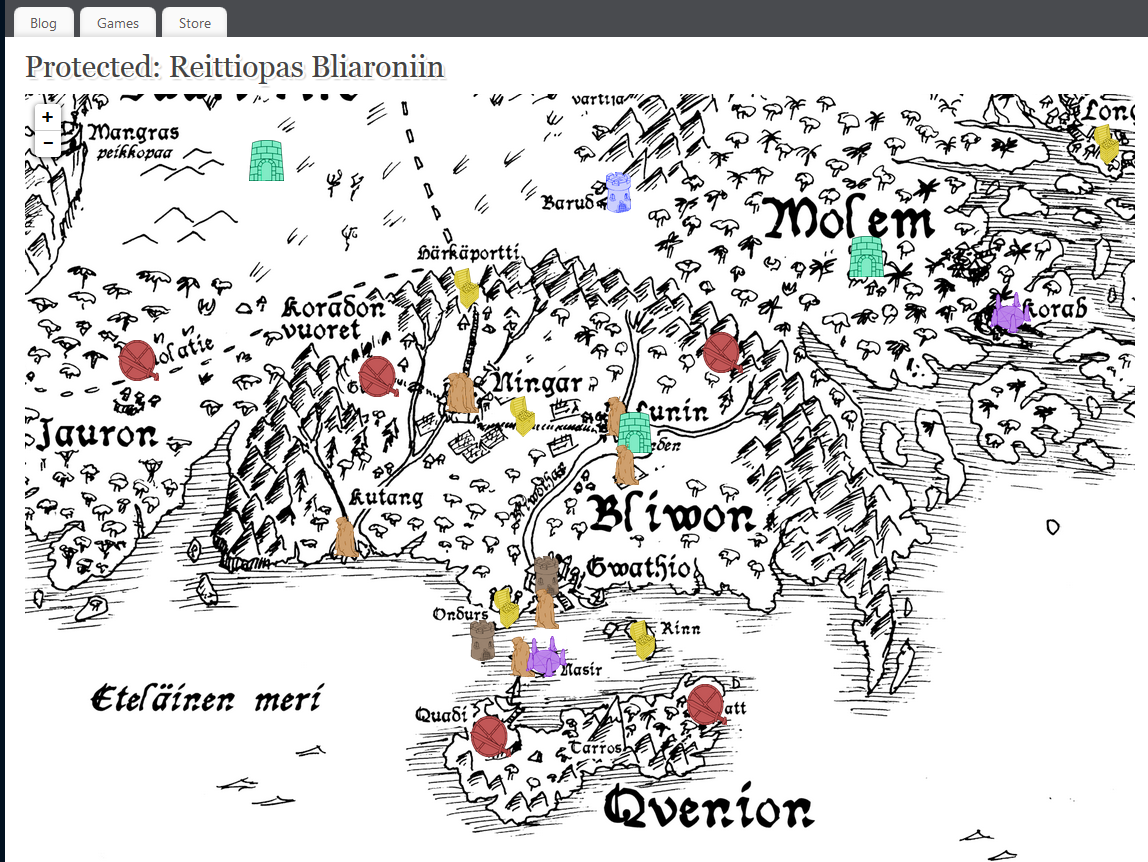